I apply social psychological theory to address motivation for preventive health behaviors and health promotion. Much of my research focuses on understanding the motivating role of affective experiences (e.g., worry) on health decisions and behavior (such as smoking and alcohol use). I use ecological momentary assessment (EMA) technology to better capture psychological and behavioral experiences as they happen.

My addictions research is currently focused in two areas. First, I work on understanding the aspects of smoking warning labels that are most effective at making smokers worry about their smoking, and ultimately increasing their motivation to quit. I’m also interested in the possibility of using such messages as a prevention tool. Second, I work on elucidating the relationship between physical activity and alcohol consumption. Unlike the effect of exercise on other substances of abuse, evidence suggests that exercise may be associated with increases in alcohol consumption. Obviously, this outcome would be viewed as undesirable among individuals who need to decrease their alcohol consumption. However, it is also possible that, consistent with the effect of exercise on other substances of abuse, exercise may be associated with decreases in consumption among individuals with severe, heavy patterns of consumption (i.e., among those who are seeking help to reduce their consumption), and the limited evidence available suggests that this may be the case. Although there is potential for physical activity to be used as an adjunct to alcohol abuse treatment and prevention efforts, we must first better understand the relationship between alcohol use and exercise, and test mediators and moderators of the relationship. 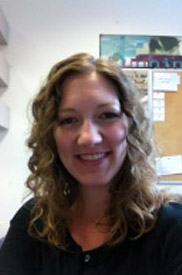