Research in the McLaughlin lab is focused on understanding the role of the endogenous cannabinoid system in the emotional and neurobiological responses to stressful and aversive stimuli and on subsequently determining the extent to which this system is involved in the etiology and treatment of stress-related mental illnesses. This neuromodulatory system is ubiquitously expressed throughout the brain, particularly in regions known to regulate stress, cognitive functioning and reward learning, and plays a fundamental role in fine-tuning synaptic circuits in response to changing environmental demands. Consequently, exposure to various environmental factors (i.e., chronic or prolonged stress, early-life stress, drugs of abuse, etc.) coincides with alterations in endocannabinoid signaling throughout the midbrain-corticolimbic neuronal network, thereby leading to a host of emotional, cognitive, hedonic, and neuroendocrine deficits.

This is especially relevant in the context of compulsive drug seeking and relapse. As individuals progress from casual to compulsive drug use, the factors that motivate continued drug seeking shift in importance from positive reinforcement (i.e., the euphoric or rewarding properties of the drug) to negative reinforcement (i.e., alleviation of negative affective states that arise from abstinence). Our laboratory is currently examining whether this shift coincides with region-specific changes in endocannabinoid signaling. Given the ability of endocannabinoids to 1) dampen the neuroendocrine response to stress, 2) influence decision making and cognitive flexibility, and 3) modulate activity of limbic and midbrain monoamine systems that encode reward salience, we predict that augmenting endocannabinoid signaling may dampen drug withdrawal-induced anxiety and negative affect, promote PFC-mediated cognitive flexibility, and normalize dysfunctional monoaminergic neurotransmission, thus reducing the propensity for future relapse. This is accomplished via a systems-level multidisciplinary approach employing a battery of techniques including in vivo electrophysiology, neuropharmacology, pharmacogenetics, and behavioral assessment of operant and emotional responding using rodent models. 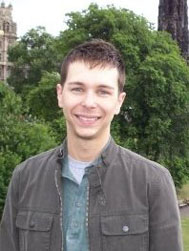