The main projects in my lab focus on how to prevent relapse to cocaine in rats. We use conditioned place preference and drug self-administration procedures to determine how to diminish drug-associated memories that are thought to cause relapse behavior. We test a variety of pharmacological agents to alter two phenomena important for drug-seeking behavior: extinction and reconsolidation.

In our extinction studies, animals are repeatedly exposed to cocaine for several days and then are taken through a process of extinction training, a phase during which the drug is no longer available to the animal. The animal stops seeking the drug until stimuli such as stress, the drug itself, or simply a reminder of the drug causes the animal to once again seek out cocaine, a phenomenon similar to relapse in humans. Extinction training produces an extinction memory that masks the original cocaine memory but is forgotten during relapse. Thus, we are trying to understand how to prevent the forgetting of extinction in an effort to suppress relapse behavior.

Other studies focus on using these same models of drug addiction, exploring the underlying role of circadian rhythms in relapse.

An additional project uses the pond snail, Lymnaea stagnalis, to explore how methamphetamine exposure alters basic learning and memory processes. In these animals, we use behavior and electrophysiology to assess these processes. 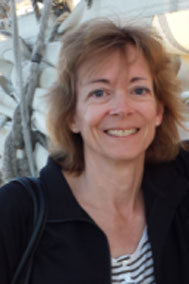